Check out our Uptown Girls!

Our Tunis females are the pride of our farm!  We purchased an outstanding base when we bought Dan Kleman's entire flock in 2007.  This purchase included some of the most known Tunis females in the breed including "Maddy" Kleman 14 NAILE Reserve Champion Ewe, "Kimmy" Kleman 0101 mother of some of the greatest show females yet, Kleman 12, mother of the well known "Danny Boy" lead stud at RQL Farms, and of course, "Bottle Baby" National Reserve Champion Ewe and mother of Baby Doll and Red Label.

Most of the females in our group are raised from our consistent genetic pool with the idea of correctness and consistency in mind.  We have added a very few select females to the group, including some purchases from Clint Garey and Kelly Stumpe.  The Garey females are all "Goliath" daughters and "Goliath" is a full brother to "Bottle Baby".  The Stumpe females are all line-bred Willy daughters that we have high hopes for.

Watch for select female offerings in our online sale in April! 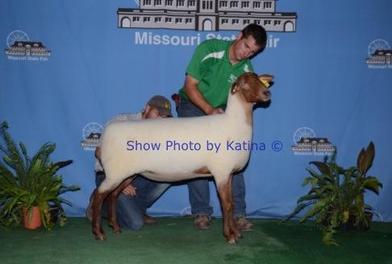 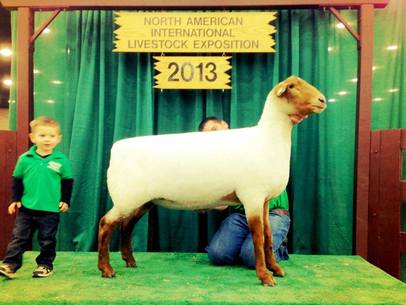 "Little Sister" Uptown 1203. The judge thought there was little too much of her, but we think she is just right! This is Red Label's little sister (Big RRig X Bottle Baby) and we can't wait to get her in the lambing barn! 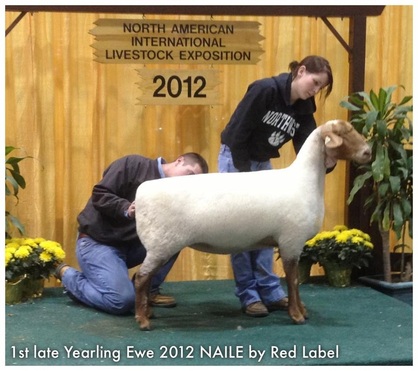 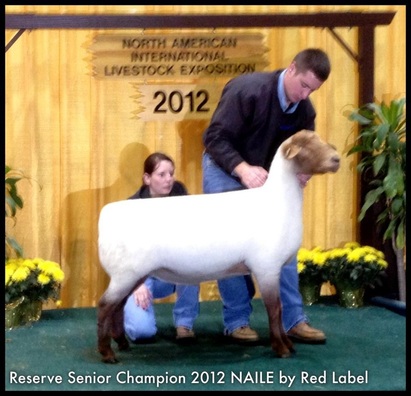 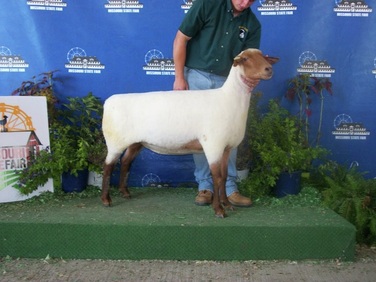 2010 Missouri State Fair Champion Ewe - Garey 0256. This female goes back to a foundation female of ours - Kleman 12. Thanks to Clint Garey for allowing us to purchase her. 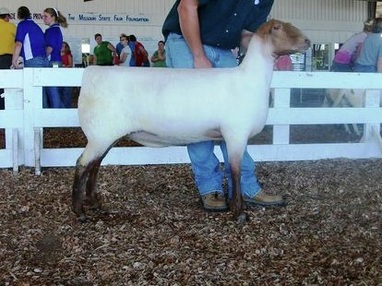 'Grand Victoria' at Missouri State Fair. She stood 3rd at both Missouri, Indiana which was the 2010 National Tunis Show. 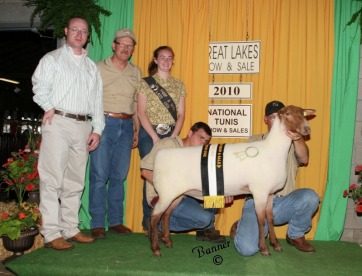 Thanks to Bruns Tunis for allowing us to purchase 'Grand Victoria', the National Sale Champion Ewe at the 2010 National Tunis Show and Sale! 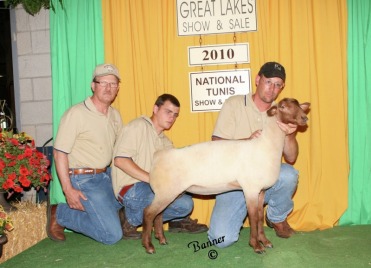 We were also able to purchase "Rosie" from Bruns at the 2010 National Sale! She was the high selling Tunis of the sale! 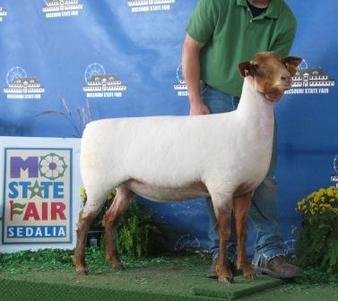 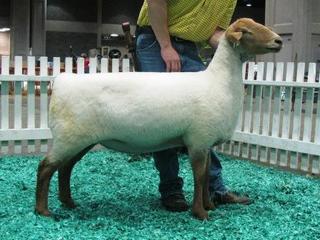 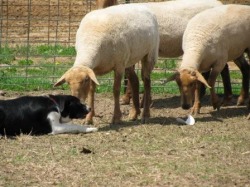 Some Tunis ewes and Bell. 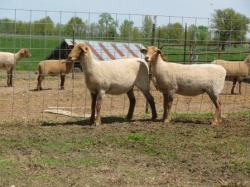 Yearling ewes out to pasture. 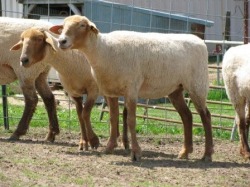 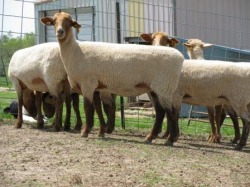